There’s No One New Around You 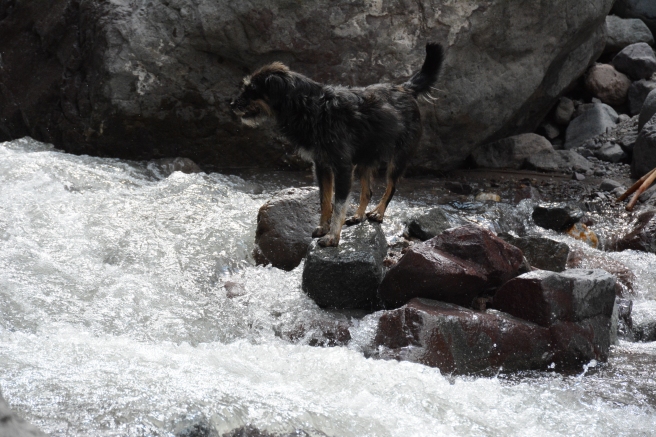 ‘Hairy’ stares at the fast crossing glacier stream, wondering how he is going to cross it, in order to follow everyone else. He is in the second deepest canyon in the world. His name means ‘hairy’ in Ayamara, and the entire community know him well and claim him.

For some strange reason I’m second guessing this blog post, which is fitting. I’m trying to write a blog post about the little ways I’m losing my self confidence, and I keep revising the first sentence.

Okay, the first paragraph is done, the momentum is there, I can carry on. I’ve paused a moment. Listening to music. Trying to get to the heart of what I actually want to say.

The best way is to begin with a story.

Last night I went to a colleague’s farewell even though I was sluggish for most of the day. The conversation was good, I was part of a core group of friend-colleagues and the conversation never struggled. But then I met another journalist from another organisation. She began making conversation by talking about a mutual Facebook friend who I have never met before, and then we compared notes about a place called Mount Isa. 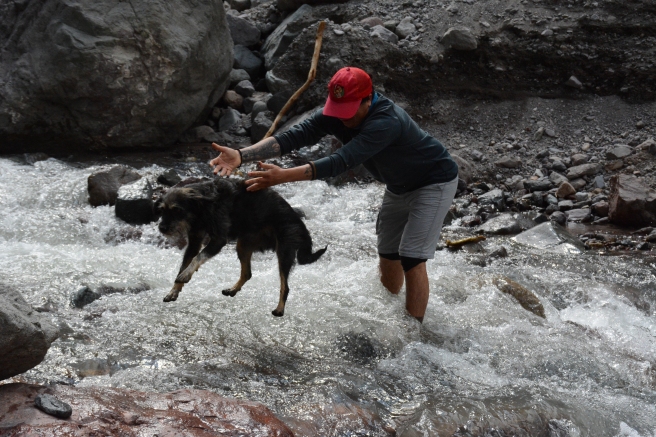 The local tour guide takes pity on ‘Hairy’, picks him up and throws him across. All Hairy needed was the height and the momentum. He could land on his own four paws.

I lived in Mount Isa almost four years before I went to Peru. I had burnt out from journalism and was broke, struggling to find a job, renting with my grandma. And then out of the blue I had the job offer for Mount Isa, and within weeks I traveled across the country, took the job, rented a room, and plunged myself into a small community in ways that became toxic, because I was trying to be someone else. I did cool things, was flown in charter planes to Indigenous communities, went to outback races, and interviewed my fair share of politicians. I left for Peru confident in my ability as a journalist in ways I was never confident in the previous jobs, and in a way, that I haven’t felt in my return to the career. Lately I doubt my ability. I shouldn’t. I guess. But I do.

And then, across the table, this woman tells me that she was offered the exact same job that I took (same year, same month), and declined it, deciding to work as a journalist in Cambodia instead. My friend suddenly came back with a beer for me because he was predicting how I was going to feel, an awkward unnerved feeling.

It came gradually. It’s silly. Because she was first offered the job that has defined my career, and shaped me, I suddenly felt I wasn’t good enough for it. That today she is the better journalist because she was ahead of me back then.

I know that’s not true. Mount Isa did shape me, improve me, made me a hell of a lot better. And it was her loss for not taking the job…maybe. That’s not my call and she had other great opportunities more suited to her.

But I explain this because it’s one of the little things that’s chipping at the confidence.

One can’t solve a confidence issue by other people reassuring that you’re great at what you’re doing. It doesn’t work. You kind of have to find your own way, your own world that you can retreat to, where you’re an authority in some form or another.

I went to Peru. So every few days here when I feel stuck in the grind again, I throw up a beautiful scene that I photographed in Peru onto social media. People like it, I feel acknowledged, and I carry on.

I want to talk about Tinder and how much I hate it. I went on one date but conversation afterwards by message was forced and it eventually stopped. I hardly match with anyone, although I’m to blame for that too.

When there’s a match, and I write a message, it’s so hard. Often I won’t hear back, and it’s difficult to gauge what it is I’m supposed to say. And then, I’m told by the app “there’s no one new around you”, a lie that is telling me that I am not compatible with anyone around here, not today at least.

This whole exercise is eroding my self-confidence. Why play a game I’m not good at or interested in? I should leave it alone. Enjoy learning to cook. I’m about to bake a cake. I should enjoy the big unit I have to myself. I can figure my way out of Resident Evil. Keep writing. Define myself, and not care how others value me.

It’s just that people overlook me quickly, as an interest, and it drives me crazy. And there’s that squirm inside me, that breaks out usually in the middle of the week, on a cold night.

What if there’s nobody that’s going to see me the same way my ex did?